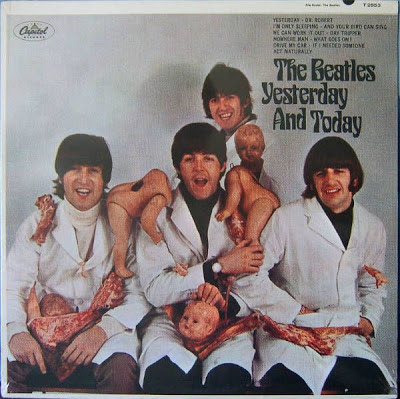 In the US, The Beatles had more LPs out than they did in the UK. How is this possible? Well, it seems that Capitol, the Fabs' US record label, would shave off a few songs here and there and simply release whole new compilation of them. Reportedly, the group was less than happy with this, especially as they were getting closer to their "concept album" phase. so hey decided to send the company a "butcher" cover for the latest compilation. Or maybe they were just stoned and thought the baby-killing pics were funny. Who knows? Capitol actually DID release the album with that cover but quickly pulled it after complaints. The offending image was stripped and replaced with a bored, boring, innocuous one. Well...it was supposed to be stripped, In quite a few cases,  the butcher cover was simply pasted over, thereby creating an instant collectible! In my case, the only version I ever had was on 8 Track...and that wasn't until 1976, a full decade past the debut of YESTERDAY AND TODAY. 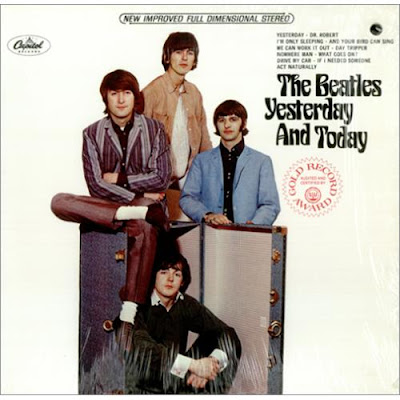