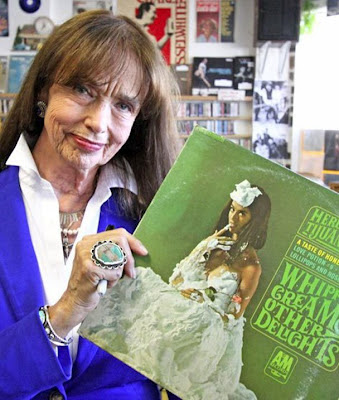 Although released in 1965, one of the biggest albums of '66 and beyond was Herb Alpert's WHIPPED CREAM AND OTHER DELIGHTS. The album's legendary and oft-parodied cover featured a seemingly naked model covered in (supposedly) whipped cream. Here's an update on that model today at age 76.
http://seattletimes.nwsource.com/html/localnews/2018926566_whippedcreamlady16m.html
Posted by Booksteve at 5:44 PM