Revolver, Jesus and the Beatles--August of '66

On this date in history, REVOLVER, often cited as THE greatest Beatles album and sometimes as THE greatest rock album of them all, was released in England. In America, however, no one noticed as everyone was too busy losing their minds over an out of context John Lennon statement and resorting to Nazi tactics to "punish" the Beatles. 1966--For the Fabs, it was the best of times and the worst of times. 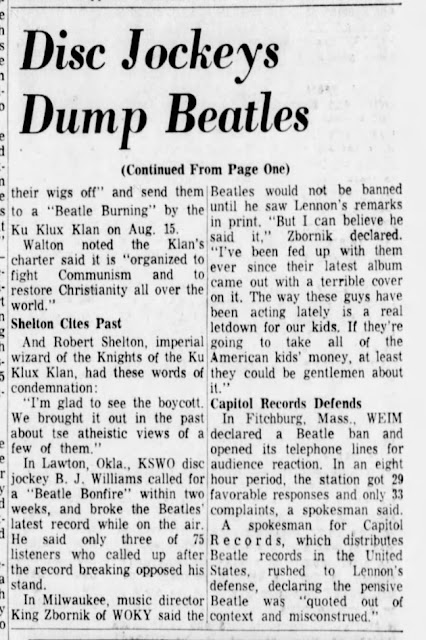 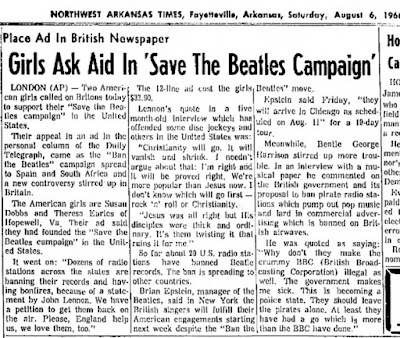 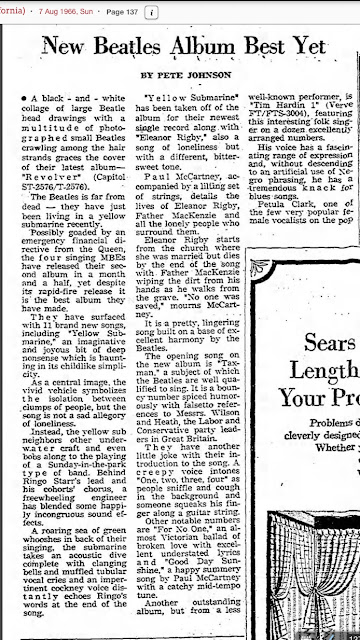 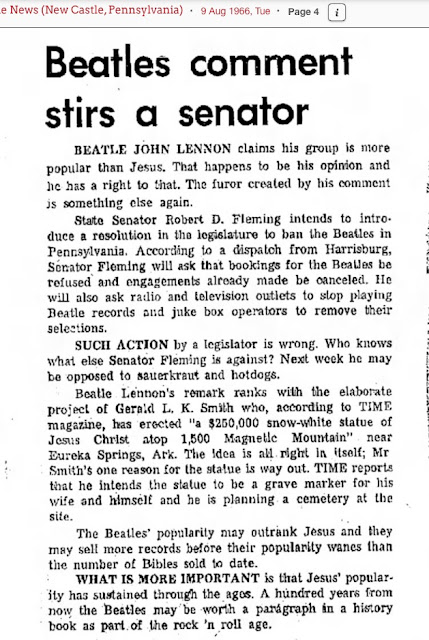 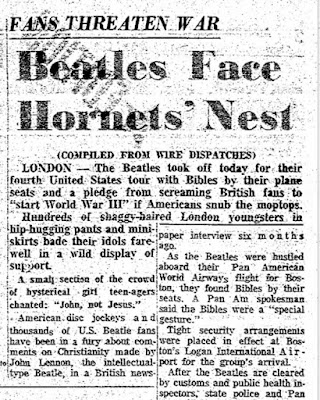 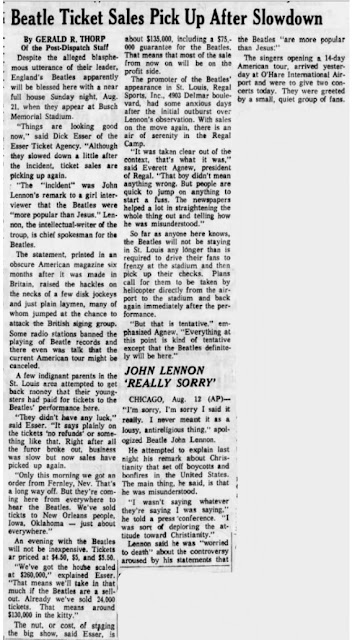 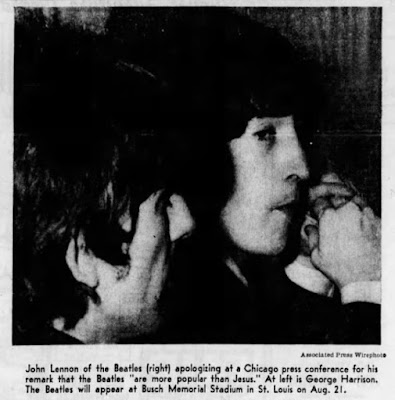 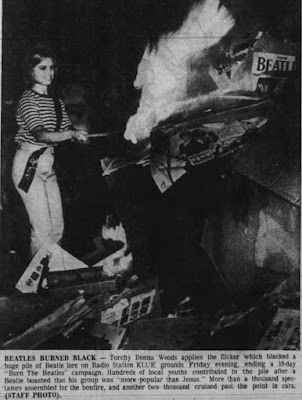 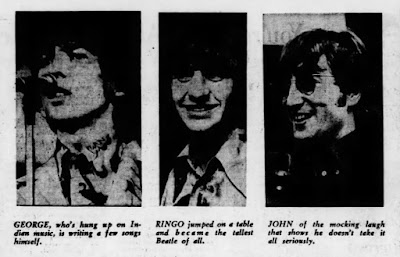 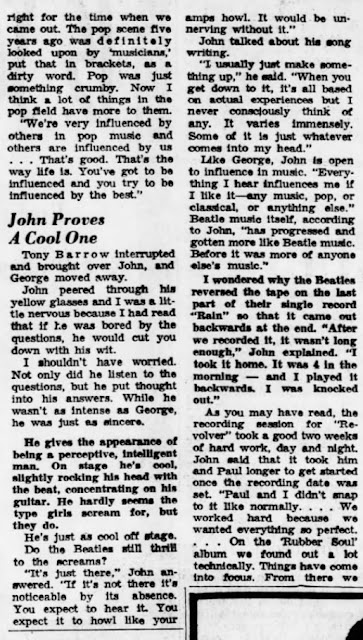 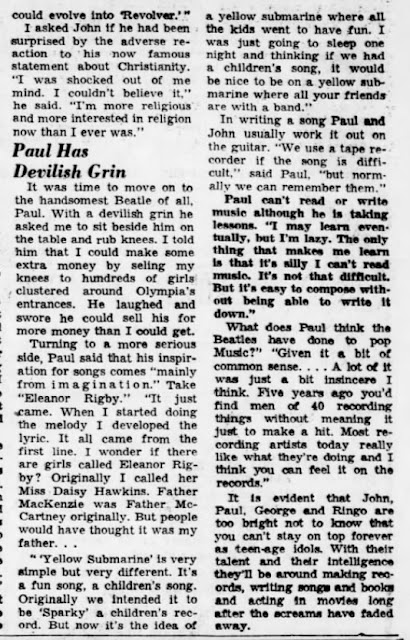 Posted by Booksteve at 9:30 PM