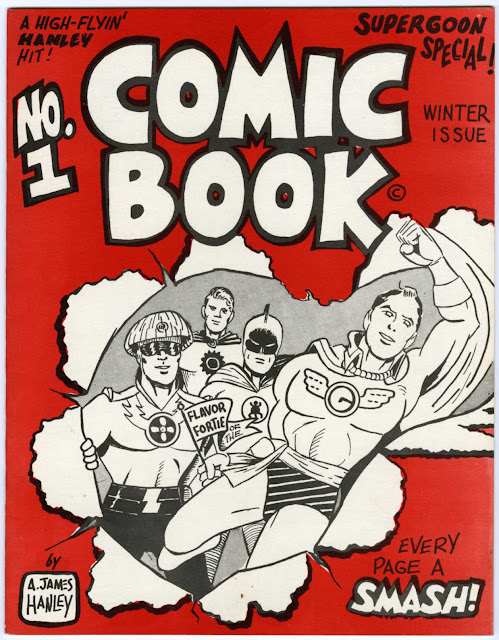 With comics fandom in its formative stages, Alan James Hanley began his personal comic book entitled...COMIC BOOK,  in '66. Until his untimely death just 14 years later, Hanley remained a fixture in organized fandom and even tentatively contributed illos professionally (well sort of) to Charlton. He also did mail order caricatures of people as superheroes. He did me as Captain America. R.I.P. 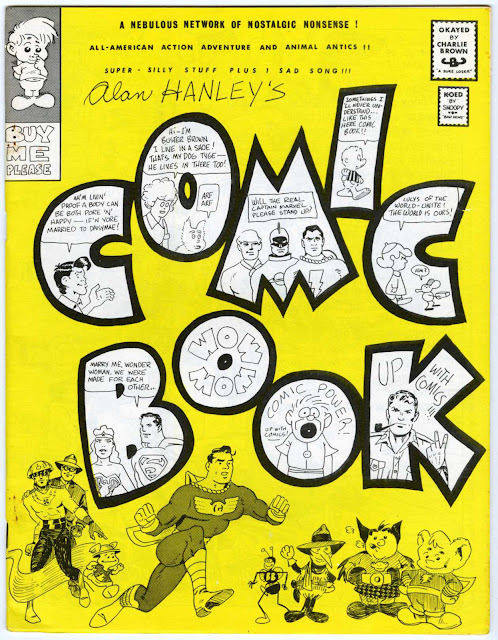 Posted by Booksteve at 6:04 PM