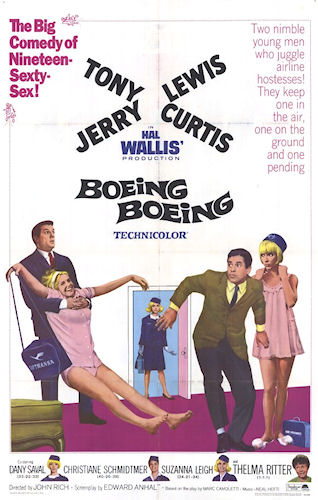 Although released in December of '65, the tag line clearly indicates that it considered itself too be a '66 release. Behind the scenes, old friends Jerry and Tony jockeyed for position while Jerry also had to contend with personal health crises as well as a studio feud which led to his leaving longtime producer Hal Wallis and longtime studio Paramount. Somehow none of this comes through onscreen as the whole thing is just one big, shiny but ultimately forgettable sex farce.

Posted by Booksteve at 1:18 AM