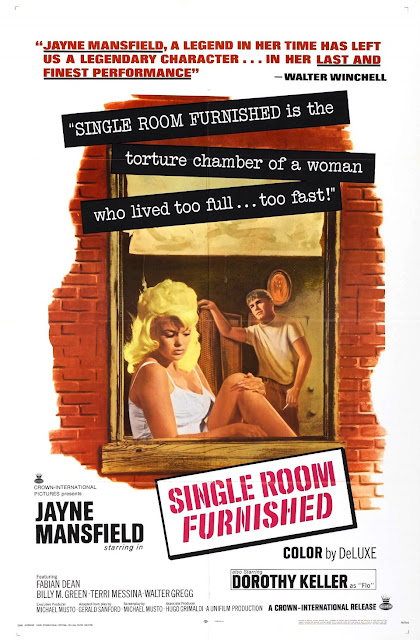 SINGLE ROOM FURNISHED was Jayne Mansfield's first starring role in a few years and her last starring role ever. She mad e a few more film appearances after this but not in the lead roles. The director here--oddly NOT credited on the poster at all--was her then husband Matt Cimber. Although no longer the icon she once was and miscast as a teenager, Jayne offers up a good performance covering a wide range of emotions. The film was made and briefly released in '66 but shelved until after her death the following year and released widely only in 1968.

Posted by Booksteve at 8:16 AM