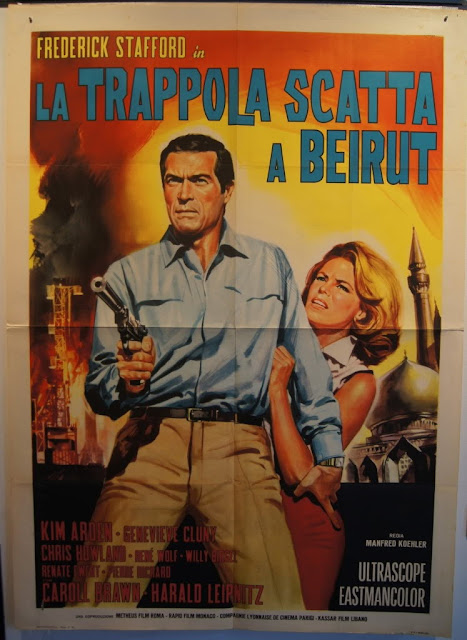 Star Frederick Stafford was a Czech actor fluent in many languages and thus a popular stalwart hero--often a spy--in various International productions. Perhaps his biggest claim to fame would be as the star of Alfred Hitchcock's TOPAZ in 1969. Unfortunately for the actor, TOPAZ turned out to be one of Hitch's lesser and most easily forgotten efforts.

Posted by Booksteve at 3:45 PM