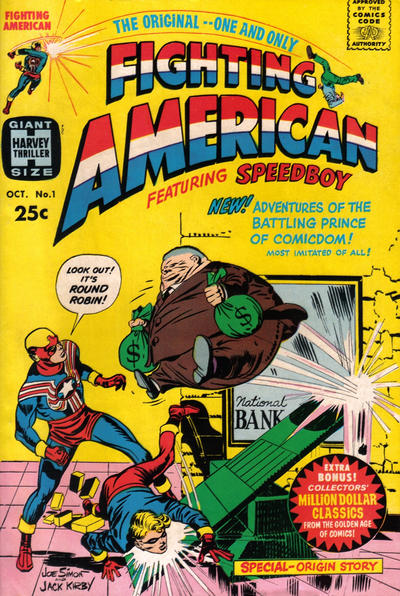 Working at Harvey Comics in the early fifties, the famed team of Joe Simon and Jack Kirby re-created their Timely hit superheroes, Captain America and Bucky as Fighting American and Speedboy. In '66, with Kirby deeply enmeshed in the Marvel Universe, Simon returned to Harvey and revived Fighting American for this much sought after one-shot consisting of reprints and a few "new" stories leftover from when the original run was canceled. Although created as a serious anti-communist hero, the entire series quickly became an often quite amusing parody of such characters.

Posted by Booksteve at 9:31 AM